The partnership of Chris & Cosey came about because of the break up of Throbbing Gristle - the original "wreckers of civilisation" and one of, if not, the founders of "industrial" music). Cosey has stated that "TG broke up because me and Gen broke up". The TG band members went their separate ways with Genesis P-Orridge forming Psychic TV, Peter Christopherson aka Sleazy ultimately working as Coil, and Cosey with Chris Carter, becoming Chris & Cosey. All of these artists have appeared on Wax Trax! Records at some point.

After the split of TG, Chris was offered a solo album deal by Rough Trade Records, a company that knew them well having distributed TG material beforehand, which ultimately became a deal to release a Chris & Cosey album too. This first album, Heartbeat, was finished by the end of August 1981 and delivered to Rough Trade on the 7th September 1981. Cosey was pregnant with their child and this was very influential for the album with the title, cover and audio all involving the baby (the cover image is the first scan, actual audio of the heartbeat is used on the title track). The album made use of electronics, sampling, rhythms and Cosey's indidivual vocals, cornet and guitar playing style. In Cosey's autobiography (see bonus section below) she notes from her diary on 30th December 1981:

'Heartbeat' was released and sold the first 5000 in a week. Re-pressing another 2000 now.. Cassettes selling well too…

Their child, Nick, was born 12th January 1982. Heartbeat sold very well and Rough Trade offered them another album and single deal but you'll have to wait until next week to read all about that…

Chris & Cosey's first four albums were re-released in 1990 by Play It Again Sam in Europe and Wax Trax! Records in the USA. All physical releases are collectable including this official Japanese CD reissue from 2012: 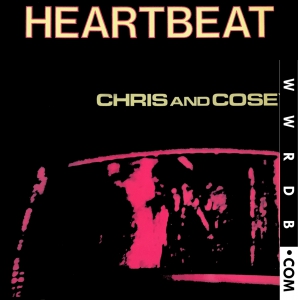 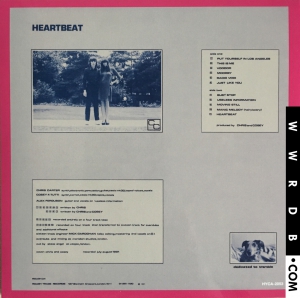 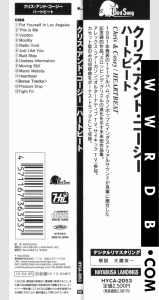 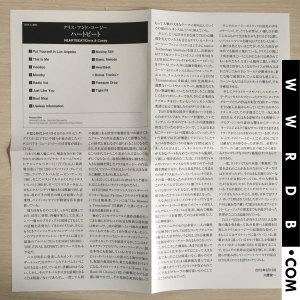 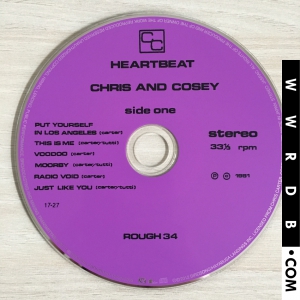 Chris & Cosey control their music and now release it through their own label CTI aka Creative Technology Institute. Heartbeat is available digitally in AAC/MP3/WAV/FLAC formats from many official online digital stores including iTunes:

Products For "Chris And Cosey - Heartbeat"

One half of Chris & Cosey is Cosey Fanni Tutti (born Christine Newby). She has an incredible career in art, sex and music crossing many boundaries visually and in audio over the years - so much so, that she had to naturally title her autobiography "Art Sex Music". It's available to buy physically and digitally - it's an absolute must read and we can very, very highly recommend it (it easily made the CyberNoise Directives [best of] 2017 list):

Musically, Cosey as a solo artist, has released one primary studio album called Time To Tell - the original releases are very rare but it has been reissued several times (including a recent vinyl deluxe edition) and is also officially available to buy digitally:

As a footnote, Wax Trax! Records was due to reissue Time To Tell (it even got a catalogue number - WAX 097) but it never appeared and we don't think it even got to the test pressing phase…

Link to this article = https://www.cybernoise.com/article/cn/wtf/waxtraxfriday_20180706.php (how to link to this web site - details)
Article number = 63