Chris & Cosey had moved out of London to King's Lynn, Norfolk and set up home in what used to be a village school. With a newly rebuilt studio and office over the next few years they worked on releasing new material including the initial CTI releases and also created their next album (and final album for Rough Trade) - Technø Primitiv. During this period they also released a 12" single Sweet Surprise - the front cover stated "Chris 'n' Cosey and…" with the back cover showing two people in silhouette. This turned out to be the Eurythmics!

With the amicable parting of ways with Rough Trade they were courted by several record labels and secured deals with Nettwerk (for Canada/USA) and Play It Again Sam (for Europe). The first release specifically for these new markets was the Take Five mini-album sampler. Eventually Wax Trax! would take over from Nettwerk for the USA and Canada markets in 1989. As well as reissuing their first four albums Wax Trax! would release their own compilation Reflection in 1990 and go on to release the Pagan Tango album and Synaesthesia single. The Wax Trax! deal ultimately came to an untimely quick end circa 1992 and collectors should note all unsold vinyl of the first four albums and the Reflection compilation were recalled (and probably destroyed).

All physical releases of Technø Primitiv are collectable including this official Japanese CD reissue from 2012: 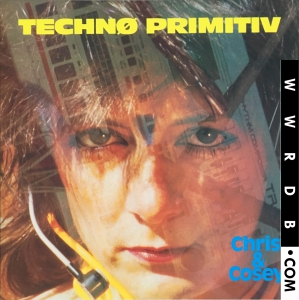 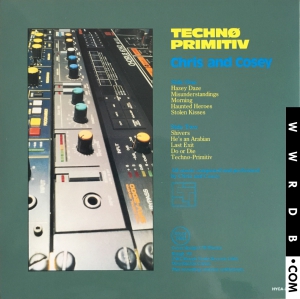 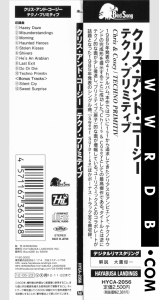 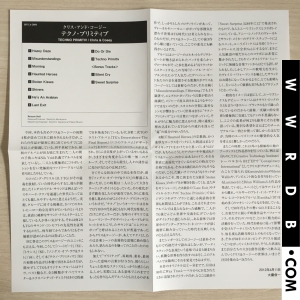 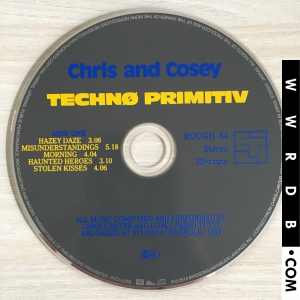 Chris & Cosey control their music and now release it through their own label CTI aka Creative Technology Institute. Technø Primitiv is available digitally in AAC/MP3/WAV/FLAC formats from many official online digital stores including iTunes:

Chris & Cosey were one of the artists featured in the original CyberNoise printed magazine back in the early 90s. They were featured in issue three. 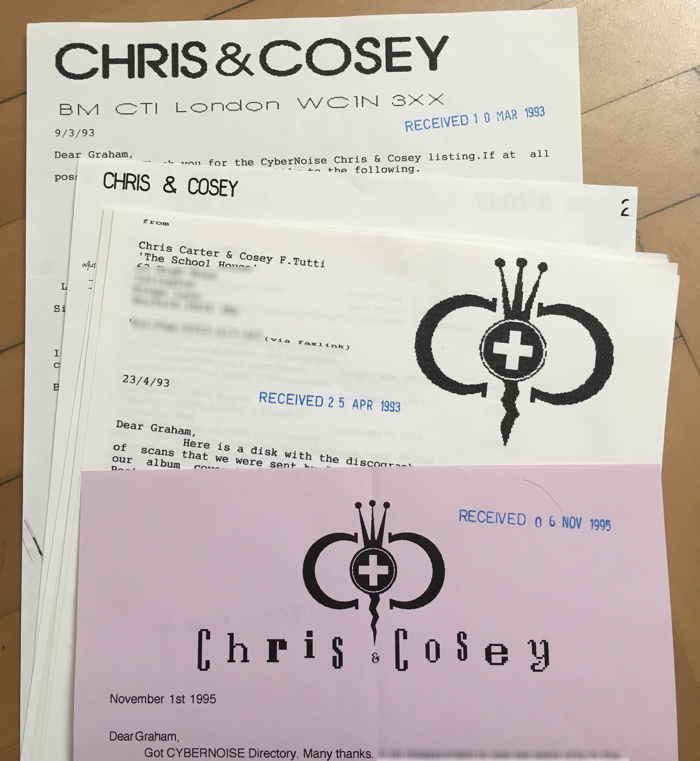 You can now get all of the original CyberNoise magazines in a single digital compendium: 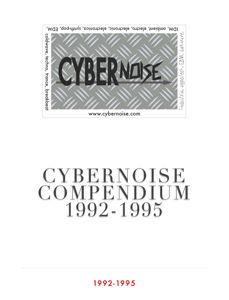 Link to this article = https://www.cybernoise.com/article/cn/wtf/waxtraxfriday_20180727.php (how to link to this web site - details)
Article number = 66