Coil - How To Destroy Angels

Coil's first proper single was How To Destroy Angels released in 1984 on L.A.Y.L.A.H. Antirecords. The subtitle for this single is "Ritual music for the accumulation of male sexual energy" and the B-side is either unplayable or blank/groove-less. It was originally meant to be released as a B side to a Psychic TV single on their Temple Records but due to Peter Christopherson and John Balance leaving Psychic TV, it ended up being released on its own (hence the one-sided vinyl).

As a quick aside, Trent Reznor named his How To Destroy Angels side-project after this single!

There are several different pressings for the single and the best way to identify them is by the design of the label and which rights society's name is on the label. The original, first pressing also came with an A3 poster, which is now very collectable.

Products For "Coil - How To Destroy Angels"

Coil needed a record label to release their first album Scatology. John originally wanted to release it on his own Hearsay And Heresy label but they eventually released it via the co-operation of their own label Force & Form with K.422 (a Some Bizzare sub-label). The second album, Horse Rotorvator, followed in 1986 and is available digitally. Unfortunately Stevo Pearce's shady business practises at Some Bizzare mostly left the actual artists without much of a pay day and the recordings are still abused to this day… In fact, with the passing of both John Balance and Peter Christopherson, Coil's music is often bootlegged and released unofficially. As a collector, or even fan, it is hard to know what is official and what isn't - the Brainwashed web site is an excellent resource.

These two early albums clearly show the start of the transition from harsh experimental industrial sounds towards what has been described as "astral noise psychedelia". But pigeon-holing and trying to define genre for Coil is just silly. Obtain these important, early recordings and enjoy them as they are - they ultimately lead towards the more commercially accessible Love's Secret Domain which would be released on Wax Trax! in 1991 (see next week's WaxTraxFriday article for more about that). 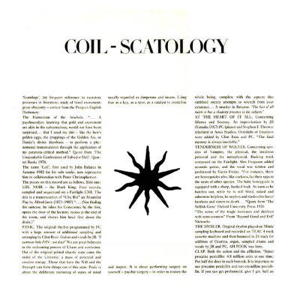 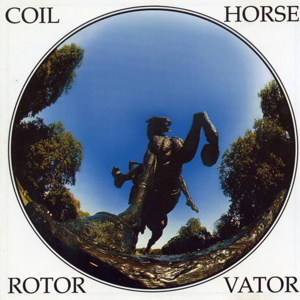 Link to this article = https://www.cybernoise.com/article/cn/wtf/waxtraxfriday_20181109.php (how to link to this web site - details)
Article number = 82